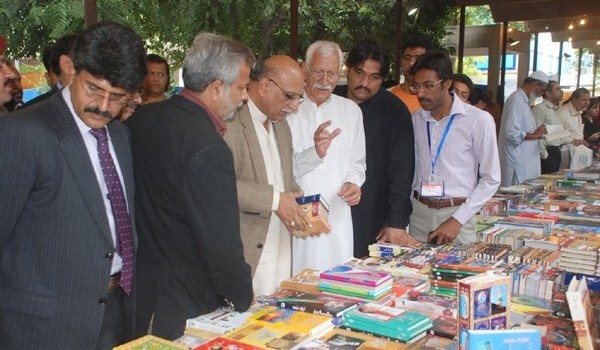 Acting Governor Rana Muhammad Iqbal will be chief guest at the inaugural ceremony of Punjab University`s annual three-day book fair, starting on Thursday (today) at 10am at the varsity`s New Campus.

More than 150 stalls have been established at the main corridor of Institute of Education and Research. This year, the book fair, one of the largest in the country, was to be organised from March 20 to 22.

However, it was rescheduled for April 2 to4.

PU`s Chief Librarian Haseeb Ahmed Paracha said in a statement on Wednesday that renowned publishers, booksellers and information technology organisations would establish their stalls and provide books and other products to teachers, students and general public on highly discounted rates.

He said resources would be utilised for the success of book fair so that book-reading habit could be promoted in the era of internet. He said the PU had already set new records of largest sale of books during the fair.