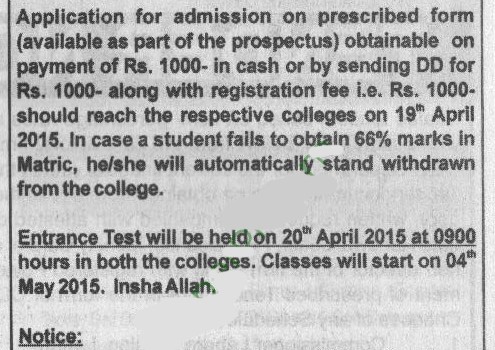 Application for admission on prescribed form (available as part of the prospectus) obtainable on payment of Rs. 1000- in cash or by sending DD for Rs. 1000- along with registration fee i.e. Rs. 1000-should reach the respective colleges on 19th April 2015. In case a student fails to obtain 66% marks in Matric, he/she will automatically stand withdrawn from the college.

There is no seat for any class in the Day School. For Student coming from outside, their admission will take place in April 2015.