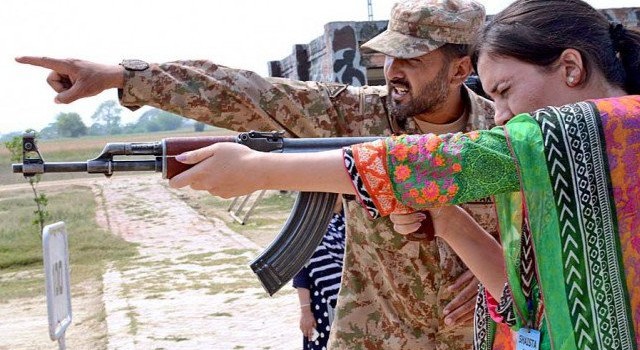 Under the Know Your Army programme, a batch of 150 students and faculty members from a university spent a whole day with Army to learn about the organization, operations and defense capabilities of Pakistan Army at Lahore Garrison.

Know Your Army was initiated at the directions of Chief of Army Staff General Raheel Sharif to enlighten students on the functioning of Pakistan Army.