Sony Xperia Z5 review: the 'Bond phone' with a camera fit for a spy 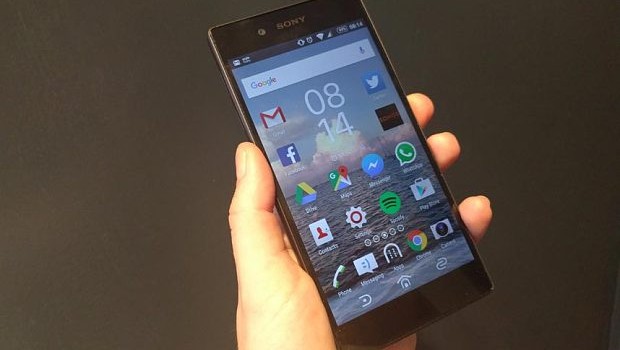 Sony's Xperia Z5 is as sleek and stylish as you'd imagine a "Bond phone" to be, with a stunning camera that is responsive enough to let you capture the moment

Sony's latest flagship, the Xperia Z5, has been dubbed the "Bond phone", thanks to its appearance in the latest James Bond film, Spectre – and with its frosted glass back, embedded fingerprint sensor and stunning 23-Megapixel camera, it is worthy of the title.

The Xperia Z5 measures 146 x 72 x 7.3 mm and has a 5.2-inch display. This makes it much easier to handle than some of the phablet behemoths on the market, like the iPhone 6s Plus, the Nexus 6P, or even its own sibling, the Xperia Z5 Premium.

However, the size of the screen feels ample for most applications, from writing emails to watching YouTube videos, and the Full HD display is powered by the same X-Reality technology as the company's high-end TVs, offering bright, vibrant colours and deep blacks.

The Xperia Z5 retains Sony's trademark design language, which consists of a flat front and back and sharp, angular edges.The frosted glass is a big improvement on the tempered glass used in the Xperia Z3, which had a habit of picking up smudgy fingerprints, although it is inevitably more likely to crack than plastic or metal phones.

There is no reason why this should be less effective, but I did find that my thumb print was frequently rejected, meaning I had to enter my PIN number to unlock the device. It's possible that users just need to take extra care to register every part of their print during setup.

As well as the power button, the Xperia Z5 features a dedicated camera button, which you can use to launch the camera application even when the device is locked. This is particularly handy for capturing spontaneous moments – something that other phones like the Moto X Play fall down on.

The Xperia Z5's camera is its star feature. Sony's new camera module – the first since the Xperia Z1 – features a 23-Megapixel sensor and a F2.0 G lens, 0.03-second autofocus and 5x image zoom.

In practice this means that you can touch on any object in the image and it will focus on that object almost instantly. It is also good at capturing action shots, and new low-light settings mean you can capture clear photos at night or in darker surroundings with less blur.

Here are some of the photos I captured on the Xperia Z5 during a recent sailing trip to Portugal:

The Xperia Z5 is powered by a Qualcomm Snapdragon 810 processor and claims up to two-days battery life. It also comes with Qualcomm Quick Charge 2.0, which gives you 5.5 hours of usage with just 10 minutes of charging.

One of the things I noticed while using was the device was that heat travels through the glass back very quickly, so it does heat up when you're using applications that put heavy demand on the processor. However, this didn't appear to have any negative effect on the phone's performance.

Two days is a bit of a stretch as far as battery life is concerned – I found it lasted around a day and a half if I was lucky – but you won't have to worry about it running out of juice during the course of a day, which is the main thing.

The Xperia Z5 runs Google's Android Lollipop 5.1.1 software overlaid with Sony's skin, which is unobtrusive but a little sluggish. Sony's attempts to duplicate many of the stock Android apps with its own 'enhanced services' also gives it an unnecessarily cluttered feel.

Of course, the beauty of Android is that you can hide away the apps you feel are unnecessary or obtrusive, but the overlay still gives a dated feel to an otherwise slick device, and in some cases seems to create lag when moving between apps.

The phone is dust resistant and waterproof to a depth of 1.5m for up to 30 minutes, which is handy given that the nights are drawing in and you're more than likely to get caught in a few rain showers before Christmas.

Other notable features include high-resolution audio, with upscaling technology for MP3, AAC and Spotify tracks, and integration with PS4 Remote Play, so you can play your PlayStation 4 games on your phone, wherever you are in the home.

All in all, the Xperia Z5 is a sleek, stylish phone with a handful of great features and a camera that blows the competition out of the water. In spite of a few small niggles, it is a device that 007 (and Sony) can be proud of.