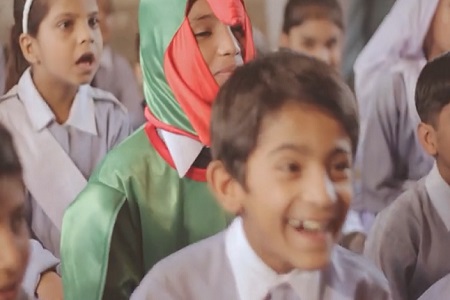 Released on the ‘International Children’s Day’ the song highlights our decimated educational system echoing poor state of affairs of the quality and quantity of education in Pakistan. The simple and subtle video is shot at a dilapidated school and contains symbolic messages for those who care for education.

A donkey, parrot and sheep as students convey the message clearly from the aptly crafted lyrics of Salman Haider. The whole team including the singer, writer, director has mixed the reality with irony in a masterful way. The song contains everything from ghost schools to teachers that are found absent from their duties.