Higher Education Commission of Pakistan (HEC) has said that the Comsats Institute of Information Technology (CIIT) is charging Rs1.3 million from each student for ‘worthless’ dual degree.

During the conference held on Wednesday to the Public Accounts Committee (PAC), chairman of Higher Education Commission Dr Mukhtar Ahmed claims that CIIT charged millions of rupees from the aspirants for a dual degree from CIIT as well as the Lancaster University in UK.

Dr Ahmed said the HEC had not been look up when CIIT introduced the programme. He said the commission was informed in year 2013 that Comsats had begun the programme and the university is charging £2,000 from each student.

CIIT started presenting the dual degrees in 2010. The official website of the university claims that courses are taught both by their own staff as well as by the staff of Lancaster University. It also says that their aspirants can study part of their degree at Lancaster University campus.

Dr Ahmad told the committee that education council of United Kingdom did not recognised the degree of CIIT and that when Lancaster University was get in touch with, the higher education commission learnt the British university just grants an MS degree after the completion of five years of study, whereas CIIT was presenting the degree just after the four years of study.

Moreover, the chairman claims that higher education commission had found that Comsats courses were just taught by their own academic staff as well as no Lancaster University teachers were involved in it. Dr Ahmad said after communication along with the Lancaster University and the education council of United Kingdom in year 2013, the HEC had advised Comsats University to cancel their dual degree programme.

HEC also come to know that Pakistan Engineering Council (PEC) also did not recognised Comsats’ engineering degree either. Chiarman of education commission recommended CIIT be asked to return back £2,000 to every student or that they should fund study of one year for their students at Lancaster.

PAC member Sheikh Rohail Asghar asked the Higher Education Commission why they had not mediated in the issue in 2010 when Comsats began presenting this program. He also said that the laziness of HEC has put the future of students at risk. In its answer Dr Ahmad said the HEC had no control to stop an institution from presenting the courses.

A member of PAC Mehmood Khan Achakzai asked Dr Ahmed whether the HEC had ever delivered a notice to Comsat asking them to stop their programme to which the chairperson of Commission said he was not head of the commission at that time. He said that he had communicated then chairman of the commission, Javed Leghari, who had said Comsats University was looking for the permission however that their request had been starved of.

The PAC had called the rector and pro rector of the Comsats University to the meeting however both were absent because of some other schedules. The chairman of PAC Syed Khursheed Ahmad Shah directed the secretary of the committee to deliver notices to them and to put off the more actions till 8th October 2015. 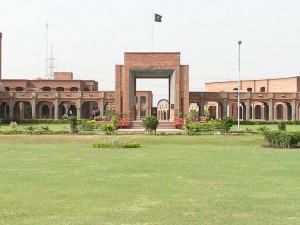